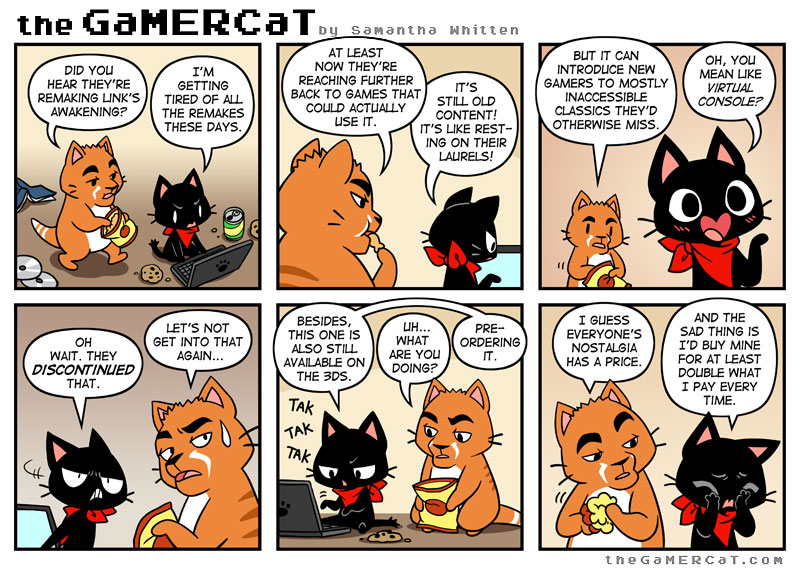 I always get really salty when I hear a new remake announcement, but then I see it and my heart gets all squishy and I go buy it.