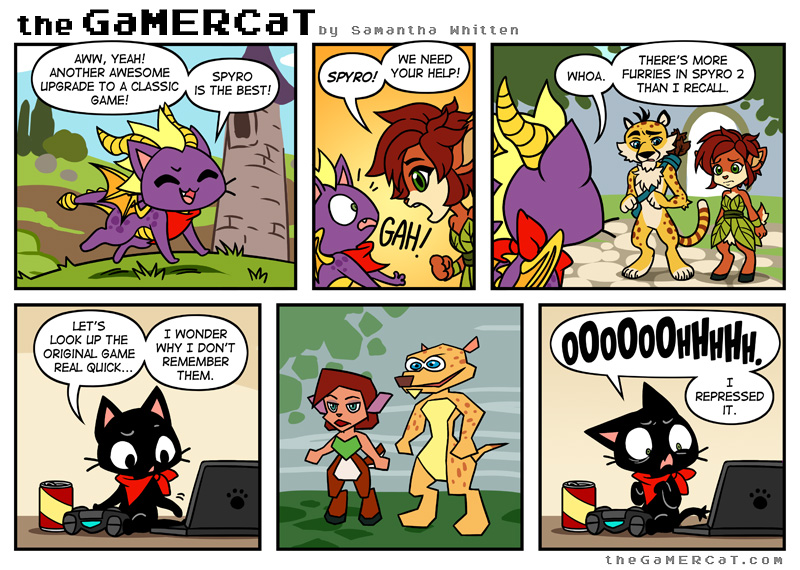 This is a literal depiction of what happened to me when I started Spyro 2 in Reignited. I had a lot of trouble with the transition from 2D to 3D games. Everyone else seemed to think the graphics were amazing, but I found most models creepy. I think I've repressed most of them at this point, so looking back is always a bit startling.