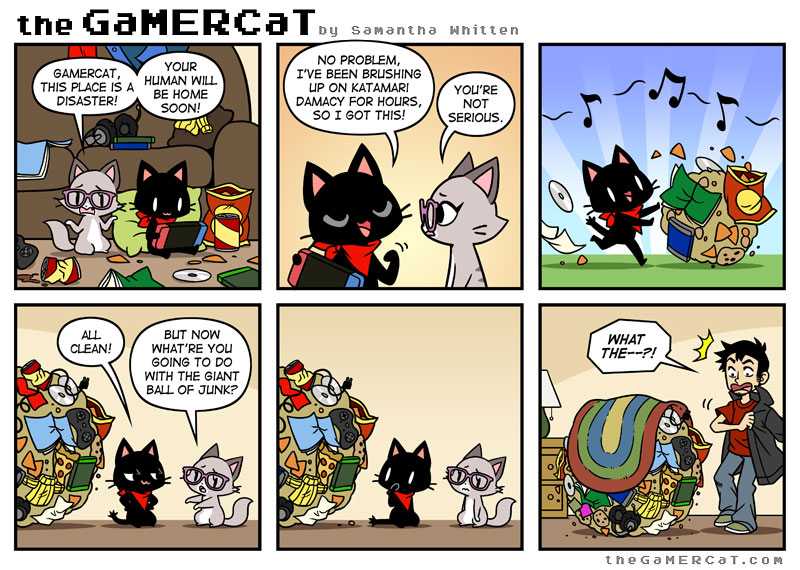 Every time I play Katamari I think how awesome it would be to clean my house that way. But then I think about what I'd have to do with the ball of junk and it ruins the whole thing. Thanks for your patience while I took my holiday vacation! I had a great time visiting my family. I hope you all had a good Christmas and New Year's :)