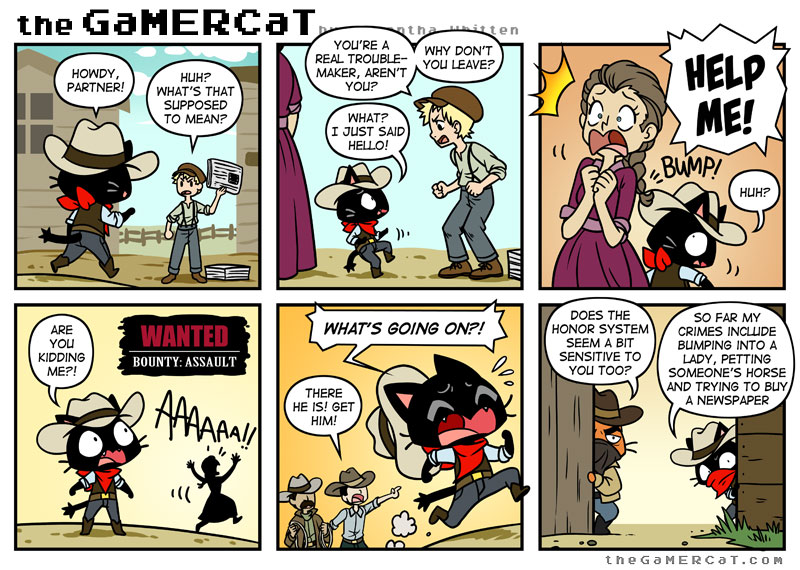 I love RDR2 but I wish the people weren't soooo touchy. It sucks to bump someone and get slapped with assault. I also have no idea what I did to offend the newspaper boy, but he wouldn't sell me a paper for a very long time. Game: Red Dead Redemption 2