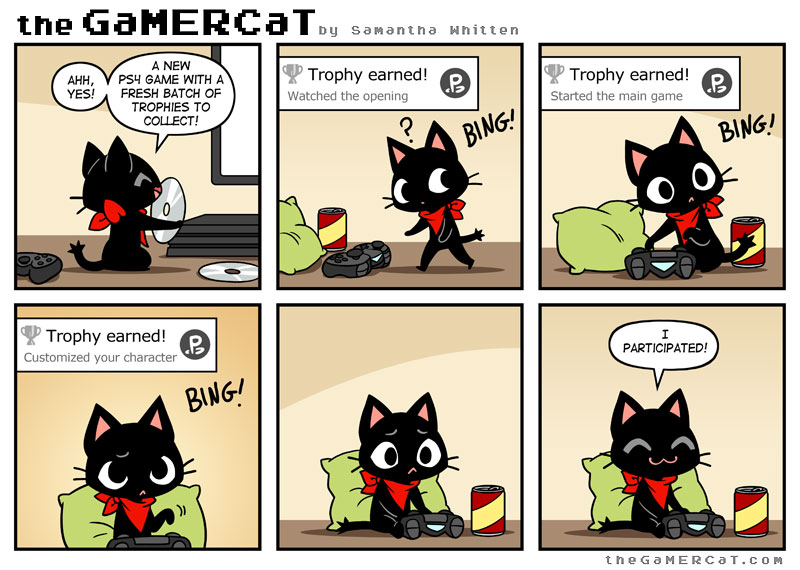 If you think about it, aren't all video game trophies pretty much just participation trophies?