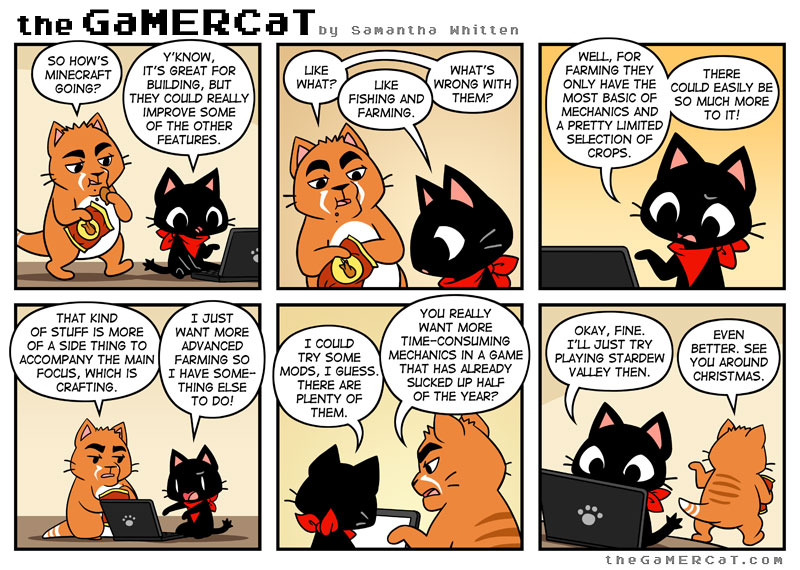 When I get deep into a game and eventually get bored of the main focus yet don't want to stop playing, I start scrutinizing the side features. Eventually I shift to a similar game with a stronger focus on my new interest and the snowball keeps rolling.

87 thoughts on “Water From a Block”